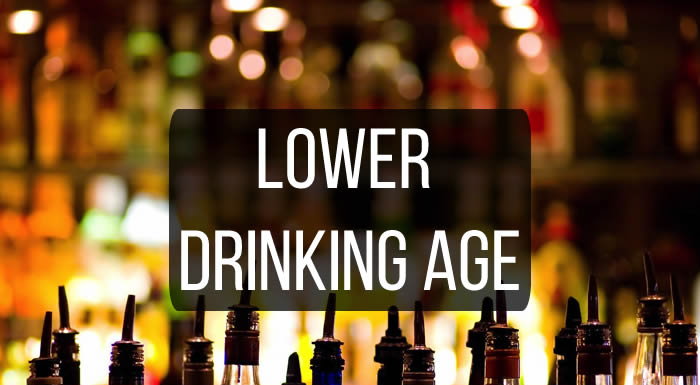 Adults are considered to be 18 years of age. Turning 18 provides a person the rights and responsibilities of adulthood to vote, get married, enter into contracts, serve on juries, join the military and fight in wars-which includes taking on the responsibilities of life and death-and be prosecuted as adults. To adults between the ages of 18 and 20, those who in the eyes of the law are, in every other respect legal adults, it is Prohibition.

Under the federal constitution, determining the legal drinking age is a state matter and Congress has no authority. On July 17, 1984 the National Minimum Drinking Act of 1984 was passed by Congress. This law required all states to legislate and enforce the age of 21 as the minimum age to purchase and publicly possess alcoholic beverages. Any state that was found not enforcing this law would be subjected to a 10% decrease in the annual federal highway apportionment for that state. The new revenues would far outweigh the decrease in annual funding from the federal government.

Many productive, civilized countries manage with a lower drinking age: no minimum in China or Portugal, 14 in Switzerland, 16 in most of Europe.

By lowering the drinking age to 18, people could learn about alcohol long before they turned 16 and get their driver’s license. We should prepare young adults to make responsible decisions about alcohol in the same way we prepare them to operate a motor vehicle; to exercise the full privileges of adulthood so long as they demonstrate their ability to observe the law. Alcohol is a reality in the lives of young adults. We can either try to change the reality – which has been our principal focus since 1984, by imposing Prohibition on young adults 18 to 20 – or we can create the safest possible environment for that reality.

21: Is It Time to Lower the Drinking Age?