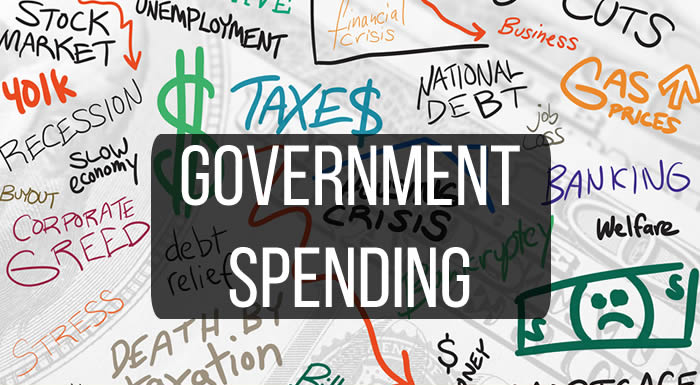 Libertarians think most government spending is very foolish and wasteful. In the federal government politicians spend millions of dollars to urge people not to smoke, while spending millions more to subsidize tobacco farmers. They send billions overseas for foreign aid while the federal deficit swells. They spend millions to subsidize public art while working families struggle to pay their taxes. Politicians also run trains, bail out banks, construct houses and buildings, sell insurance, print books, and build basketball courts, the government tries to do everything! But the fact is, every service supplied by the government can be provided better and cheaper by private business in a competitive marketplace. The bulk of your welfare tax dollars goes to pay the handsome salaries of well-educated welfare workers. The poor get little from government welfare except meager handouts and a cycle of despair.

Libertarians want to stop the wasteful spending of taxpayers and get government out of “non-essential” expenses.

Does Government Have a Revenue or Spending Problem?