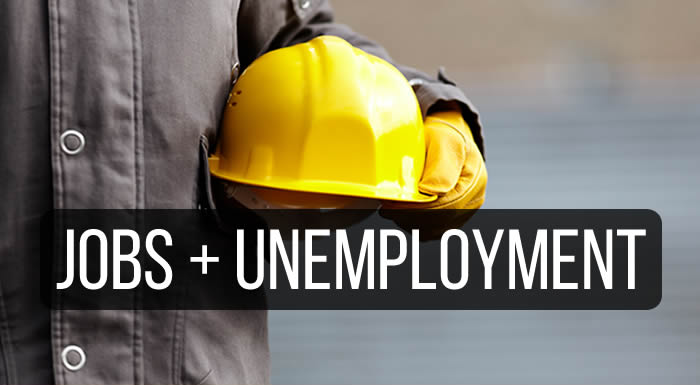 Connecticut needs a plan to encourage new businesses to move here. We can achieve this with less bureaucracy and intervention from city, county, state and the federal governments.

Libertarians believe that reducing the size and scope of government is the best way to improve the job market. Government cannot allocate resources as effectively as market forces, so even programs explicitly designed to reduce unemployment are likely to be counter-productive. Each high-paying government job exists at the expense of a private sector job. The result is less private sector investment, smaller profit margins, and a poor environment for business. The best way to improve the labor market is by reducing the barriers erected by government. This includes lowering taxes, reducing or eliminating business license requirements, provide easier access to capital and scaling back crippling or expensive regulation.

Where are Connecticut's Jobs?

Connecticut has, under Republican and Democratic leadership, bled jobs as regulation has increased. After the tragic events at Sandy Hook, draconian gun control legislation gutted the once-thriving firearms industry, sending manufacturing and design jobs to more hospitable states.  Connecticut once accounted for one-seventh of this industry; today, several manufacturers have left, while others maintain corporate headquarters here but moved their manufacturing jobs elsewhere.

This legislative cycle, the legislature passed an enormous tax hike, pushing more businesses to flee.  Firms such as Aetna, GE, and Boehringer Ingelheim have publicly discussed leaving the state in response.  Hedge funds are finding that paying New York rent may be worthwhile to avoid paying Connecticut taxes.  As a result, high-paying jobs in finance, insurance, and pharmaceuticals, also traditional Connecticut industries, are being lost, and with them, the state's tax base.

Meanwhile, municipalities across the state protect established firms from competition, using planning and zoning regulations to cripple the ability of citizens to start small businesses. Small businesses are the nation's leading job-creator, and making life harder for small business has cost us countless jobs.

Libertarians will work to scale back these regulations and return jobs to the state. Only the Libertarian Party is committed to allowing small businesses to flourish by the intelligent reduction of regulations in an equitable manner; our elected officials are not in the pockets of large, established firms or chains.  We believe in allowing business to grow by using regulation only when necessary for the protection of health, safety, or fair competition - not in using regulation to pick winners and losers and promote unfair competition, as those in Hartford are so prone to do.

3 Reasons You Can’t Find a Job

Paid for by the Libertarian Party of Connecticut, Jesse Brohinsky Treasurer

Created with NationBuilder – Theme by Tectonica